How to Use the Cube Calculator

This calculator allows you to compute various measurements of a cube given a known value. This cube calculator uses the variable x in all formulae to denote the edge dimension.

To calculate a cube's radius and volume in terms of its surface area, you can click the 'Area' button and supply the known value for the area. This will also display buttons with the calculated edge dimension and volume values that can be used to copy these calculations to the clipboard.

What is a Cube?

A cube is a rectilinear three dimensional solid with six faces whose height, width and depth are all equal. A cube has a total of six faces, twelve edges and eight verticies. Shapes with multiple surfaces are generically called polyhedra, and given that a cube has six sides, it can also be called a hexahedron.

Because of their symmetry, cubes are useful objects in a number of applications and the efficiency of their geometric configuration causes them to arise in nature in the crystal structures of some minerals. Because of their familiarity and uniformness, cubic units are used customarily used for volume calculations. Even in the metric system, where the standard unit of volume is the liter, the liter itself is explicitly 1,000 cubic centimeters.

Probably the most familiar occurence of a cube is a six sided game die. The uniform geometry of the cube makes rolling dice a plausible random event. But you'll also encounter the cube in other situations where its geometry is exploited for its efficiency in packing problems. If you've ever opened a package of sugar cubes, you'll notice the packing of shapes is very efficient, and similar efficiencies lend the cube's use to problems in freight and logistics where uniformity equates directly to efficient transport of goods.

No sugar cubes on hand? Need to make an actual cube? Here's some instructions on How to Fold an Origami Cube.

While a sphere is arguably the most mathematically pristine shape, a cube's unique symmetry makes it a close second. Despite their fundmental differences, cubes and spheres are related in that a cube can be inscribed within a sphere in a way that all eight of its vertices land on the sphere's surface. Alternatively, a sphere can be inscriped within a cube when six points on the sphere's surface land at the centers of each of the cube's faces.

A cube also has 90 degree rotational symmetry across all of its axes. You may naively think that a cube only has six rotations since it has six sides, and that is easy to visualize with a shape such as a game die where each surface is uniqely marked. If you imagine one of those faces up as though you just rolled the die, you can also visuallize that the cube can be rotated through four different positions (0 degrees, 90 degrees, 180 degrees and 270 degrees) without changing what face is pointed up. By visualizing each face, and four rotations of each fact, you can see the possible rotations of the cube are 6x4=24 total possibilities.

A cube is also highly efficient in terms of its ratio of surface area to volume. For rectangular solids, the cube has the lowest surface are to volume ratio of planar surface solids. In practical terms, this means a cube shaped box can hold more stuff than any other shape for the same amount of material used to assemble the sides of box.

The formalae for determining the volume and surface area are shown in above in the cube calculator, but there are other cubic dimensions that are interesting in some applications. The diagonal across the one of the faces of the cube is the same as a the diagonal of a square...

Equation for Face Diagonal of a Cube or Square

Another interesting dimension is the diagonal distance from one vertex of the cube to the opposite vertex through the cube's three dimensional center point...

Equation for Solid Diagonal of a Cube

Cube
A regular platonic solid having six square faces joined at right angles to each other.
Edge
On a three dimensional shape, an edge is a line segment created where two faces of the shape join. A cube has twelve edges.
Face
A face is a two dimensional planar shape that creates one surface of a three dimensional object. A cube has six faces.
Hexahedron
A solid shape with six sides, although not all sides are necessarily of the same shape. A cube is a hexahedron, however not all hexadrons are cubes.
Polyhedron
The generic term for a shape that has multiple faces is a polyhedron. Specific polyhedra are usually identified more specifically with a Greek or Latin prefix that describes the number of faces that shape has. For example, a hexahedron is a polyhedron with six faces. A cube is an example of a polyhedron, and more specifically is also a hexahedron.
Vertex
A vertex is the corner point where the faces of a polyhedron meet. A cube has eight vertices at the corners of the cube. 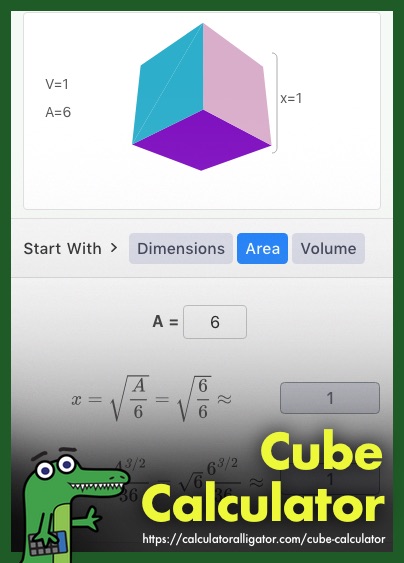